With the development and popularity of electric vehicles, current sensors packaged with ASIC have become the first choice in the EV industry due to their stability and low power consumption. ASIC's highly integrated Hall chip is also accompanied by the rise of the industry, from the original development and production of a few large companies to now everywhere. Become a hot spot in the future industry, is also an important pole of Hall current sensor development.

At present, current sensors of ASIC are mainly composed of MELEXIS, Micronasas, ELMOS, Allegro, Infineon, and these large companies. Although they are all based on silicon-based SOC chips, they are fully capable of meeting the current applications of electric vehicles and low speed vehicles. With the further development of the market, domestic Hall manufacturers are also eager to try, mainly in the Everbright core industry, with many years of silicon Hall manufacturing and R&D experience, have also launched similar programmable ASIC chips, because the later SOC circuit is relatively mature. Domestic EV Hall to achieve full localization is also within a few days.

We have not mentioned the ASIC chip of AKM company here, which is the high-end product of the EV industry. Because of its innate superiority, it cannot be compared with other ASIC chips. Perhaps the value of AKM will be highlighted in the future, but considering the current low-end EV market in China, we will not discuss AKM products.

We are talking about the application of ASIC-based chips, so we can't just mention the hot industries, EV, HEV. In fact, ASIC-based chips are also a good solution in the industrial field.

Hall's current sensor is just a scheme, not a specific product, and his application is not very much related to the industry, can only say that different industries have different requirements for sensors. The basic selection of Hall sensor is also based on the acquisition method of subsequent MCU.

In particular, the advantages of ASIC chips are very obvious in fields that require low accuracy but high stability, reliability and cost.

As a manufacturer of Hall sensors for nearly 20 years, despite our efforts to improve, the defect rate of Hall current sensors based on discrete components (component Hall) is 200PPM, which is the limit, LEM Corporation. As the leading enterprise of the Hall sensor industry, HONERYWELL also reaches a peak at 200PPM.

We often use means to increase the aging intensity and aging content for especially demanding industrial applications, such as high and low temperature, vibration, etc., but the quality improved by this way is at the expense of the life of the product. Grasping the appropriate aging has become the theme of production.

The sensor packaged by ASIC, however, does not have to worry about consistency and reliability, and has low power consumption. It can often achieve power sharing with MCU, and the failure rate can easily achieve 5PPM. No matter from which aspect, the sensor advantages of ASIC are incomparable. 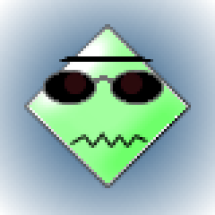